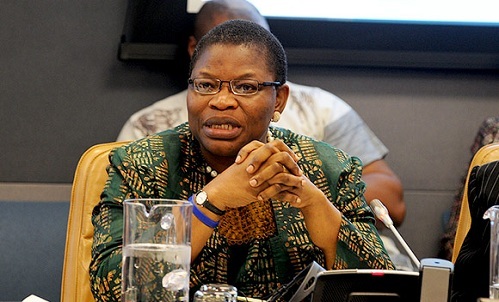 The presidential candidate of the Allied Congress Party of Nigeria, Obiageli Ezekwesili, on Tuesday promised to make Nigeria’s economy the most innovative in Africa as soon as she emerges President.

She promised to create a $1bn Science, Technology and Innovation Fund to drive the economy. Ezekwesili made the promise in a statement made available to journalists.

She said if well-managed, the Nigerian economy would outshine those of its contemporaries in Africa.

She said the feat was achievable through the creation of a special fund for science and technology and reformation of key financial institutions.

She said, “We will be creating a $1bn Science, Technology and Innovation Fund to ensure that science, technology and innovation become the enabler for socioeconomic development and structural transformation.

“The goal is to kick-start the process of becoming Africa’s number one innovation and knowledge economy.

“The STI fund will support the building of a robust national innovation system, carry out reforms and re-organisation of existing institutions, and fund the scale-up of Small and Medium-Scale Enterprises and start-ups in the technology space, research and development, knowledge transfer, among others. ­

“The fund will function as a partnership between the government and the private sector.”

The ACPN candidate also said policies that would ensure increase of technology start-ups in the country by at least 500% in the next four years would be designed and implemented.

She added, “We will set up an Information and Communication Technology programme with a focus on ensuring that Nigerians are growing in the remote working and outsourcing global market.

“The plan will be to create centres of ICT advancement in all states with a focus on an average of 10,000 developers in each state.

“Simultaneously, a group of technology ambassadors will be engaging global sourcing centres, providing them with comparative advantage of opening or expanding current operations in Nigeria.

“360,000 persons will be impacted directly through this programme; N1.5m Nigerians will be indirect beneficiaries. This plan is estimated at N100bn, which will be financed by the STI Fund, which is in turn financed from the oil subsidy savings.”