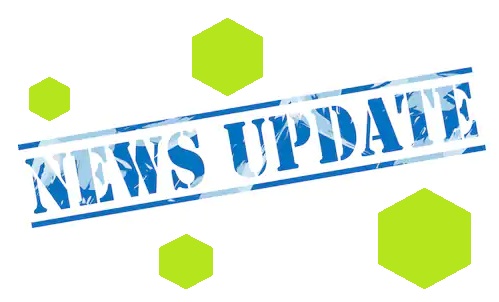 The presidential candidate of the All Progressives Grand Alliance, John Gbor, on Tuesday called on all Nigerians to shun the next level being promised by the present administration, describing it as next level of “incompetence and tyranny.”

He promised to deliver good governance to Nigerians if elected in February.

Gbor made his position known in his new year message to Nigerians made available to journalists by the Director of Strategic Communication of his campaign organisation, Mike Angel.

He said his covenant with the people was to build a new Nigeria together where no one and no place would be left behind.

“They promise you next level of incompetence and tyranny, I promise you competence, courage, character and poverty-reducing good governance.

“They condone insecurity and impunity, I promise security of life and property, justice, equality, harmony and food security.

“They fan the ember of hate and violence, Gbor sows the seeds of love and peace. They victimise Nigerian workers with wringing wretched wage, I promise real living wage in the midst of plenty.

“They leave our youths to roam the streets without job and value, I promise to create jobs for the youth, women and physically challenged people by setting an agency to that effect in the Presidency, through data mining with utmost urgency.”

Gbor said restructuring was top on his five-point agenda while traditional rulers would be given roles to play.

He added, “In the age of discontinuity, what can sustain the nation in a post-oil economy are: knowledge economy and tourism.

“Not less than 26% of annual budget will go to education as opposed to the 7 or so per cent currently given. “

He said he would prioritise the formation of the National Guard to tackle terrorism, insurgency and disaster in order to concentrate the Army on defending the territorial integrity of the nation, not to be overstretched as being witnessed now.

He added that national and international powers, coercive and conciliative, including soft power option, shall be explored to contain the ferocity of Boko Haram terrorists.

“Our foreign relations policy shall be based on mutual respect diplomacy. We shall honour bilateral and multilateral agreements. We shall pursue the black agenda.

“We shall not condone the extrajudicial killings of our nationals anywhere in the world. The eagle will descend where ever such is noticed. We shall view all forms of xenophobic attacks against Nigerians with utmost disdain.

“Foreign investors shall be encouraged to flourish in accordance with the law of our nation. Under the watch of Gen. Gbor if voted as President, our territorial integrity counts a lot. Every life matters. No human rights abuses shall go unredressed.

“Gbor brings to you all the messages of hope, freedom, love, peace and tolerance, rule of law, not of the might.

“To all Nigerian workers, Gbor promises not empty promises of minimum wage, but decent living wage in a worker-friendly environment. Let’s control our greed to be able to take care of our needs,” he adde.

He continued, “The Nigerian spirit of patriotism, championed by the youths in 1944, had evaporated. We must be patriotic. We must tackle poverty headlong.

“We must decentralise power generation, distribution and management. We shall create a green belt zone to tackle the menace of desertification in Nigeria.

“We shall support both the crop and livestock farmers in the realisation of their return on investment.

“We shall banish hunger, poverty, illiteracy, disease insecurity and fear. We shall pursue innovative and transformational leadership style under God to achieve our aims and aspirations in a new Nigeria, where no one and no place will be left behind.”